On My Hearth: Two Spicy Dishes!

Even though it wasn't Taco Tuesday, I decided to make tacos last night. I served him the "traditional" hard shell kind, made with Boca Crumbles, while I decided to do something different.  I made up a batch of the Black Bean & Corn Salad with Lime, rolled some up into a 100-Calorie Smart & Delicious Tortilla, topped with fresh Chipotle & Tomato Salsa. Wowie! This was so much better than a plain ol' taco, I ended up having another one for lunch today.

Tonight I decided to make Pretty Stuffed Peppers, second time around for this recipe. I gathered up all of my veggies & spices, got the rice cooking, then looked in the fridge for the cooked black beans. Oops. I only had about 7 ounces, about half of what the recipe called for. What to do? Hmm..how about tossing that leftover taco "meat" into the mix? Sure, what not! That's just what I did, and the result was deee-licous! 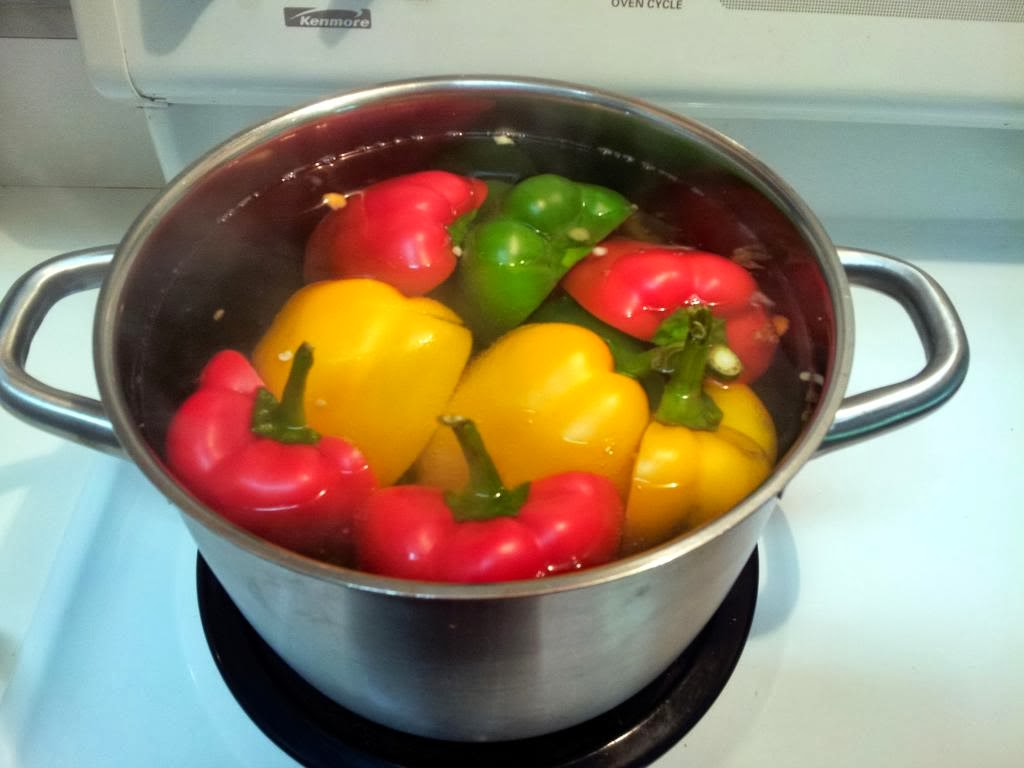 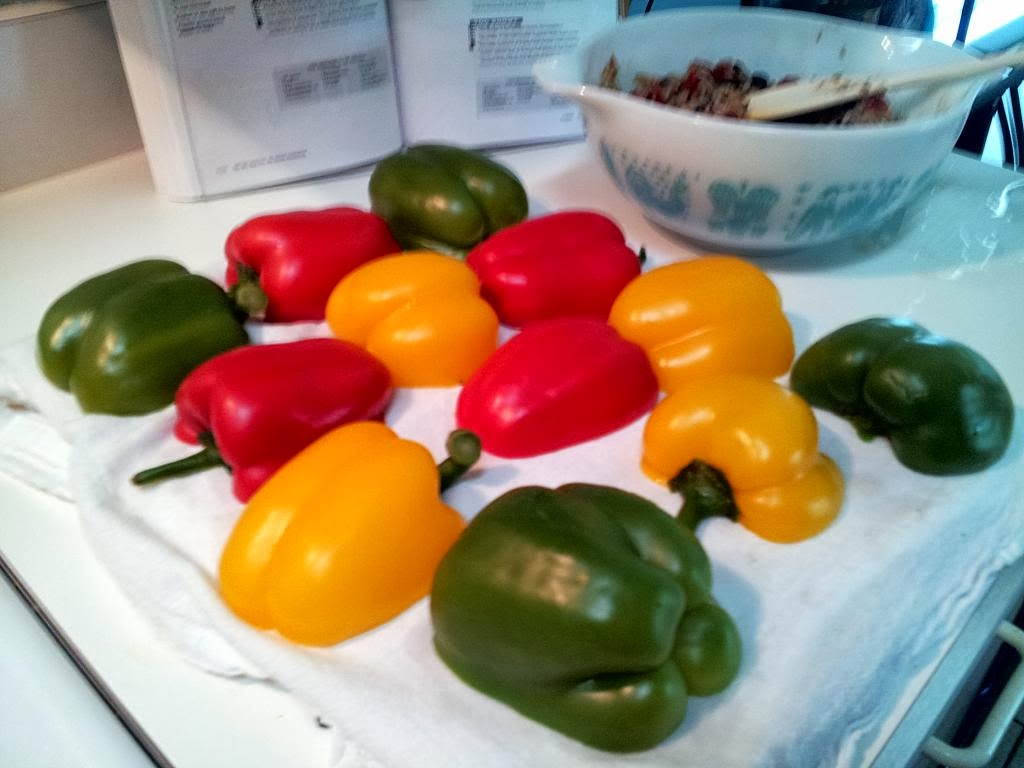 By the time Chip got home from work, it was too late to take nice photos of the finished product, so I'm gonna cheat and share some from the first time I made this dish. Let's just pretend they look exactly the same, ok? My Ormond house is so much lighter and brighter than the one down here, the photos are always so much nicer anyway. Below is my version of the recipe as I made it last time, feel free to improvise on the filling depending upon what's in your kitchen. 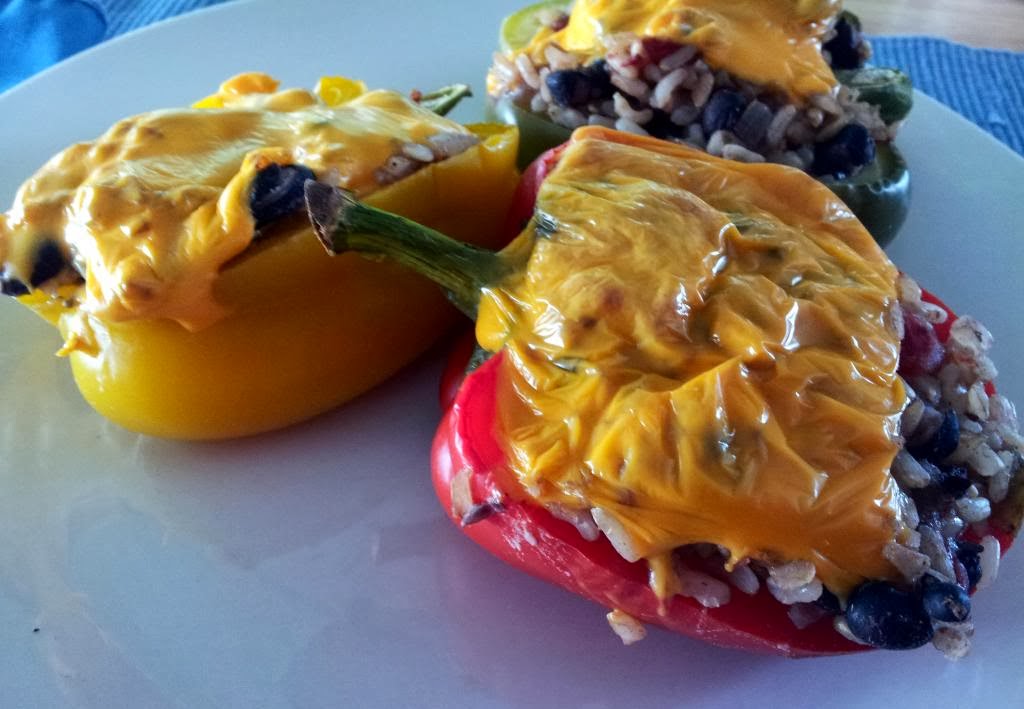 *For added flavor & spice, you can substitute a can of diced tomatoes w/green chiles (such as Ro*tel) for the chopped fresh tomatoes. I found it also added some needed moisture to the mix.

Note: I'm a bit confused by the serving size of the original recipe..there are 6 peppers, which equals 12 halves, but only 8 slices of cheese. ? However, there was so much filling there's no way it could've fit into fewer peppers. I'm leaving it as is but noting the discrepancy here. I myself just used an extra slice of cheese, put 1/2 slices on some of the smaller peppers.


I think it's time for a nice cup of tea and a book. I haven't been sleeping well, blaming the little bit of stress I've been under, hoping a cup of Sleepytime will do the trick.

Have a great evening,

Email ThisBlogThis!Share to TwitterShare to FacebookShare to Pinterest
Labels: Barnard, On My Hearth