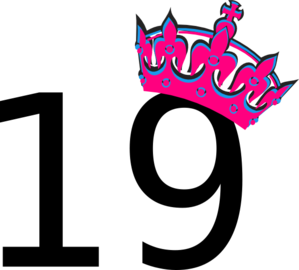 I composed this about a week or so ago and never posted it, oops! Well, I'm happy to report that since then I've lost another 2 pounds, bringing my total to 19. I hope to reach that 20 pound mark by next week!


I thought it was time I checked in and gave a little progress report. Since I subscribed to the Meal Mentor plans, I've lost a couple more pounds, making my total loss seventeen. Slowly but surely, I'm getting there! Perhaps more important than the number on the scale is how I'm feeling, though. The structure the plans provide has given me such a sense of control and calm, it's amazing! I prepare several meals (or sometimes a weeks' worth) in advance, and then I'm done! I no longer have to think about what I'm eating for lunch, what I'm cooking for dinner, and how many calories I'm "spending." All of that is done for me, what a relief!

Another change I've made, and this is a biggie: I've cut waaaaay back on alcohol. If you know me, you're aware of my chardonnay love, and that no matter what "diet" I've been on, I've never given up my nightly glass of vino. Lately I've been thinking long and hard about that "habit," and what impact its having on my life. While I don't think I have a "problem," per se, I do think that alcohol, even in moderation, has become too much a part of my regular routine, and it's not good for my health or weight loss goals. Also, as we all know, alcohol lowers our inhibitions so I often found myself making poor food choices along with the wine. So, I decided to experiment, see what would happen if I cut down on the cocktails. I'm on Day 4 of this project, and so far it's been quite enlightening. I've learned that I can still go out socially, even to bars, and have fun without drinking. A glass of club soda with a twist feels special and fancy without adding hundreds of calories and a headache! I've already seen a difference in my sleep patterns and energy levels, feel less sluggish and bloated. I'm really shocked at the change, especially after such a short time. Now, I'm not saying I've gone from wino to teetotaler...grin...and I plan to have wine or a mixed drink at some point in the future, but just not as often, or as much. I can see having a glass or two on a Friday or Saturday night, and then that's it. Party over, back to club soda or even the occasional diet cola.

I must admit: the breaking of "bad" habits isn't easy.  I recently had a crappy day, a situation came up that had me feeling sad and anxious, and triggered some old emotions.  My first reaction was to shove those feelings down with food and/or wine, just numb myself out. I resisted the temptation, instead chose to talk it out w/Chip, take a bubble bath, have a little cry, and then simply went to bed. The next morning I still felt some residual "stuff," so I dusted off my yoga mat and did a quick workout. I felt so much better, and no residual guilt/shame for stuffing my face and my emotions. This was a huge deal for me, and I feel really proud of myself for the way I handled it. Now, I need to make that behavior a habit, letting go of the other one.

So, that's where I am right now. Still journaling, still cooking, still eating, still moving. This is a process, and I'm bound to have some setbacks, but overall I'm really happy with the progress I've made over the past month and know that these good habits will build on each other and will eventually become easier.


That's about it for me, have a great day!